The Remains of the 'A'

After getting a major clue from Garrett, Hanna and Spencer set out on their separate missions. Hanna sees a perfect opportunity to catch "A" or to at least see who is helping Garrett out. But her perfect plan starts to quickly unravel, leaving Hanna frustrated and desperate. Spencer tries to figure out the meaning of the clue and enlists Jason's help in the search. Meanwhile, Emily gets another flashback from "that night" which leads her to a surprising suspect and Aria starts to question Ezra's sudden influx of cash. 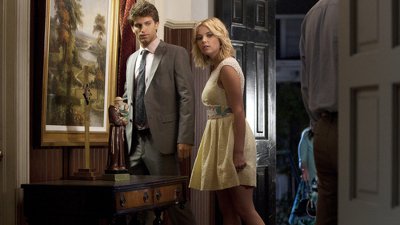