Henry calls the Division of Children and Family Services (DCFS), but Punky panics, saying that she doesn't want to go to an orphanage, so Henry promises Punky that she won't have to go to an orphanage. The DCFS sends Miranda ""Randi"" Mitchell, who takes Punky away from Henry. Randi takes Punky to Fenster Hall, a home for kids up for adoption. Randi later returns to Henry's apartment and tells Henry that there hasn't been much progress in finding Punky's mother Susan, who may not want to be found. Randi also says that in 72 hours, the DCFS will have a hearing to decide who gets custody of Punky, and Punky wants it to be Henry. Henry has shed a lot of his grouchiness, and he now loves Punky and would like to have custody of her, but Randi thinks Punky would be better off with someone else. At Fenster Hall, Punky is introduced to her two room mates -- Lisa is a girl who acts tough, and Mary is a girl who never talks. Punky wants to escape from Fenster Hall and go back to Henry's apartment, 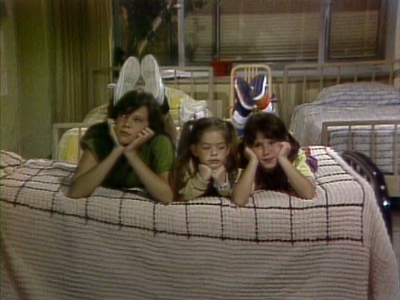