September 13, 1956: Although the Project Quantum Leap (PQL) isn't ready yet, Sam doesn't listen his supercomputer, Ziggy, and hops into the Accelerator and leaps. As Tom Stratton, an Air Force test pilot, Sam finds his memory Swiss cheesed, with only enough left to know that he is not where or when he belongs. Al explains that the Project has gone "a little caca" and that the only way Sam can leap out is by flying the X-2 to Mach 3. Instead, Sam leaps after saving his wife and child, only to find that rather than leaping home, he's leapt into Ken Fox, a minor league baseball player in Texas, at the end of the 1968 season, where he must make the winning play in order to leap. 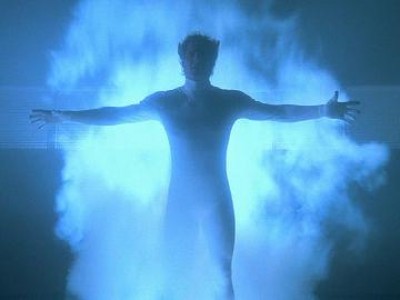