A Good Smack in the Mouth

Asten's wife Melissa picks up a young boy wandering at the side of the road at night. Soon afterwards they are involved in an automobile accident. Quincy is told, Asten is out of town, and he goes and visits Melissa, and the boy. As soon as he sees Joey's bruises he knows that they are not new ones caused by the crash, they are older and look like being beaten caused them. He looks at the x-rays taken of the boy and they confirm his opinion that the boy is being abused, probably at the hands of his parents. 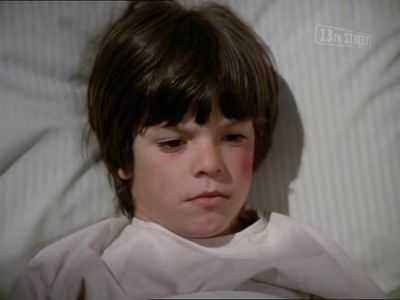