Quincy and Janet finally get some time off and go on a weeks cruise. They are looking forward to some rest and relaxation together. Before long their holiday is interrupted. Quincy is visited, late one night, by the captain. One of his crew has been murdered and he would like Quincy's advice. The murderer is caught but he has died before the morning and an autopsy reveals that he could have died from an infectious disease. A disease that could already be spreading throughout the ship! 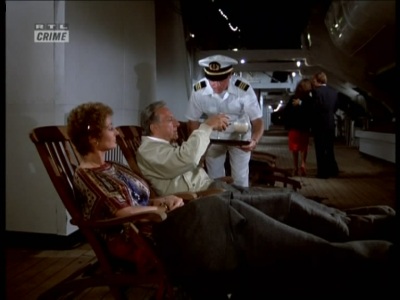