On their way to a party, three teenagers (a gamer named Nicholas, a goth named Erica, and a brainy girl named Margaret) find themselves in an unfamiliar part of the forest known as Lovecraft's Woods, said to trap its victims into an endless time loop and be haunted by a ghoul who infects anyone it scratches. 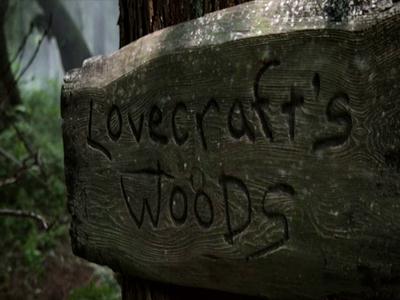