An army of Siberian models is invading the West. Siberia is known around the world for its frigid temperatures, but within the fashion world it is famous for being home to the world's most beautiful women. Reggie joins international scouts as they board the Trans-Siberian railway and cross Siberia looking for the freshest new faces. At the open castings - the first one in Krasnoyarsk, 2,800km east of Moscow - Reggie meets girls as young as 13 as they parade in bikinis, hoping that their stunning looks will get them noticed. In Novosibisk, Siberia's capital, he visits some of the city's 26 modelling agencies and schools - where children as young as five are learning how to walk, pose, apply make-up, and diet. He meets Anya, who would love to be an artist, but realistically knows that, here in Siberia, there's more chance of her making money as a model; Vika, who has been eating buckwheat for breakfast, lunch and dinner in a bid to lose those extra two centimetres for the casting; and Katia, whose parents are distraught when they have to make a decision about whether she goes to work in China - at the age of just 15. But how likely is it that they will really succeed? What are the pitfalls of the modelling industry? And what is the life they are leaving behind like? 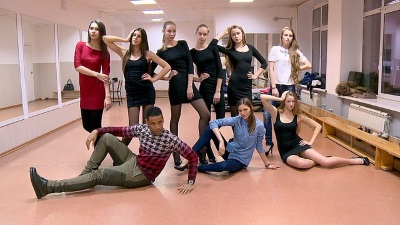