It's New York, in the year 1924, and Reilly persuades Henry Ford to put up the money for an invasion of Russia. But Reilly is betrayed by Eugenie, his secretary, and kills her. In New York, Reilly finds Nadia Massino - and he makes a hit with Pepita. Meanwhile, the Zinoviev Letter is published in The Times of London (25 October, 1924), a few days before the British general election. It seems to be a letter from Zinoviev, head of the USSR's Comintern, to communists in Britain, and is a huge embarrassment for the British Labour Party. The Conservatives win the election and Anglo-Soviet treaties are abandoned. So is the Zinoviev letter forged or genuine? Reilly is a key player. 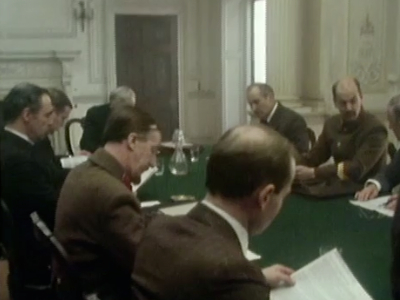