Event: URAL STEPPES, RUSSIA 339 B.C. Sydney, Nigel and their Army escorts are ambushed by rebel forces, while in Russia recovering an ancient blade, known as the Sword of Ateas, lost over 2000 years ago. When Sydney regains consciousness two weeks later, she's being held against her will at a hunting lodge in the woods. Unbeknownst to Sydney, her captor has given up hunting animals and now stalks only the most dangerous game - humans. 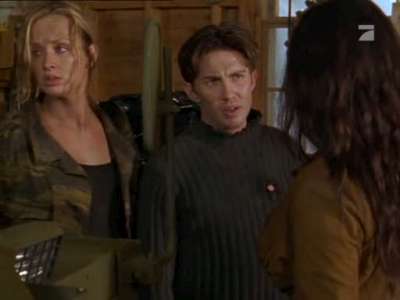