Event: BALI, INDONESIA 1459 A.D. After recovering an artifact in Bali, Sydney meets an old friend, Gray, and decides to remain there on vacation with him while Nigel heads back to the states. Unfortunately, another old ""friend"", intrepid CIA agent Derek Lloyd, is in Bali seeking a relic: a bowl that will reveal the user's true love. He wants to recover it so the U.S. government can give it to the Indonesians to win political points, but the Chinese are also looking for it. Sydney is forced to step out on Gray repeatedly, unable to resist the urge to go looking for another relic. She and Derek manage to find it, but Gray has always been captured by the Chinese agent. Syd manages to beat up the agent and recover the bowel for the U.S. Gray appears to realize that hunting relics will always come first for her, but that's still no reason they can't be romantically involved. 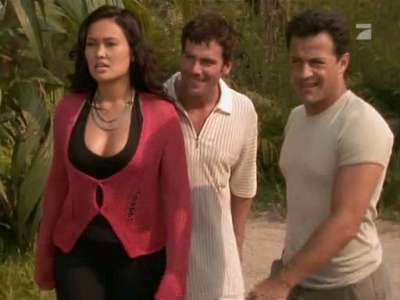