Itsuko was kidnapped and Katsu had received a letter about it, Kenshin paid a visit to him and found out that Katsu was hiding someone's money and the Beni Aoi wanted it. Katsu was suppose to arrive at 2:00am at a temple, and if he cooperates his daughter would not be harmed. Kenshin was told not to come but he still went as well as everyone else including Daigoro. They arrived at the temple first and Daigoro say Itsuko, she tried to run for it but tripped, Daigoro charged forward and was stabbed. 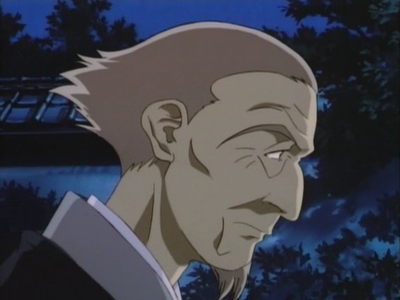