Daigoro was just stabbed and Kenshin stepped forward to fight the leader while the others took care of the rest. The leader was defeated and shortly the police arrived and arrested the Beni Aoi. Back at Katsu's home, Tetsuma was caught, Katsu knew it was him looking for the map to the hidden money. Tetsuma try to reason why Katsu but it wasn't enough then he tried to fight him but Kenshin stepped in. Kenshin defeated Tetsuma and he then knew what he did was wrong and turned himself in. 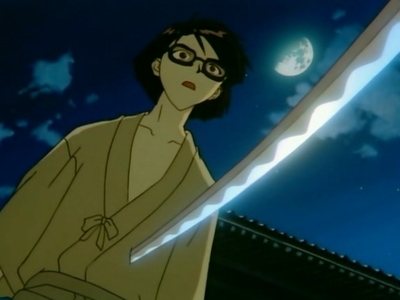