The gang celebrates at the prom, which turns into tragedy when Tony and Maria break up, the prom music becomes a bubblegum Spanish version, and Mr. Belding gets drowsy after Screech gives him a powerful medicine. But all the problems get solved Also in the episode, after two seasons of going single and scouting out other dates while Tony and Maria and Katie and Nicky were in dating pairs, Liz and Eric date each other for the first time. 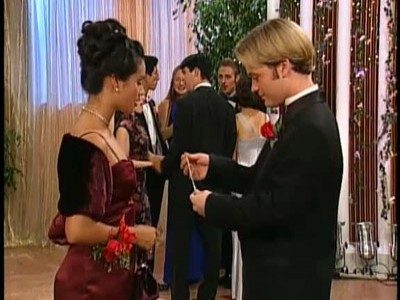