After a hard day of work, Dr. Cox has the burden to tell his son Jack a good night story, so he disguises his hard day as a fairy tale about the little village Sacred Heartlia with Carla and Turk as the two-headed witch Turla, Elliot as the princess and J.D. as the village idiot. Other people featuring are the Janitor as the giant, Keith as the prince, Dr. Kelso as the dark lord Oslek, Ted as his hunchback and of course Dr. Cox as the brave knight. 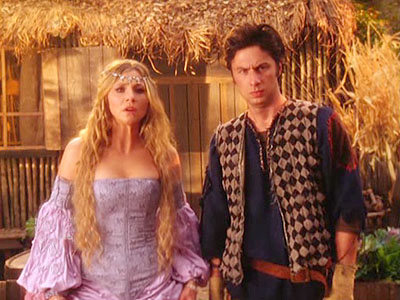