Tony usurps Sean's identity while he's away on holiday in Greece. When Sean returns, he learns that his pen pal is trying to kill him and that Angela has devised a dastardly plan to blackmail him into marrying her. Tony's scheme to take over Sean's life and win Susan backfires when he is caught in a fight between high ranking officials of the Sicilian Mafia and Greek thugs, all of whom have it in for Sean. 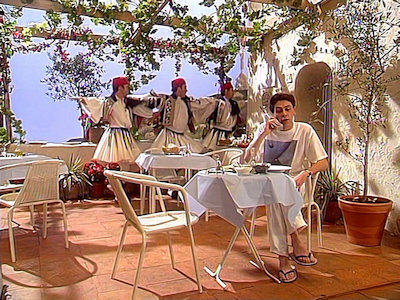