George inadvertently meddles in the life of a busboy, by getting him fired. He tries to rectify things; however, he winds up compounding them by losing the busboy's cat. Elaine discovers that a week is much too long to have a houseguest. She does everything in her power to get him out. The busboy's life is saved and made for the better after his involvement with George, until he meets Elaine's houseguest. 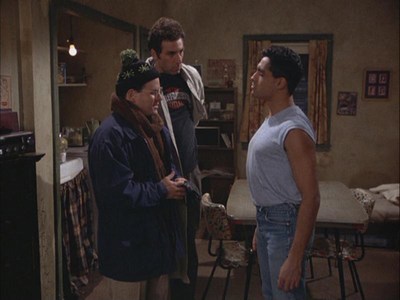