Jerry confronts his dry cleaner, whom he spotted wearing a jacket that he brought in for cleaning. George passes over hiring an attractive secretary for a less attractive one, he thinks he'll be able to get some work done; however, the secretary's efficiency turns him on, so he gets her a raise and then she makes more than he does. Kramer gets Uma Thurman's phone number and sells Bania his suit at a women's clothing store then he hides in a dressing room until he can get some clothing. At this same store, Elaine tries to buy a dress, but is unsatisfied with the size of the mirrors in the store. 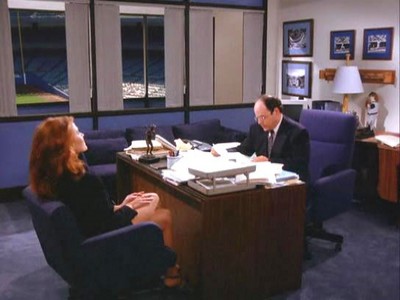