Race For Satellites, spans 1953-1958. As the Cold War intensifies, Korolev is asked to build a rocket capable of carrying a five-ton warhead to America - he designs and constructs the R-7 Semyorka, and is later allowed to use it to launch the first satellite, Sputnik 1. Meanwhile, von Braun struggles to persuade the US government to allow him to launch his own satellite - after Sputnik's launch and the failure of the US Navy to launch a Vanguard satellite, he is finally allowed to launch the first American satellite, Explorer 1. 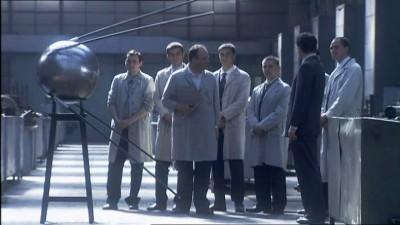