Rebel Without a Chair

Carter is named Activist of the Year. Stuart has a new paperweight that looks like a breast. Mike's continued jealousy of Caitlin causes him to make remarks to a gay magazine, which is misinterpreted, outing himself and the mayor. Paul is banned from the bathroom after insulting the new attendant. 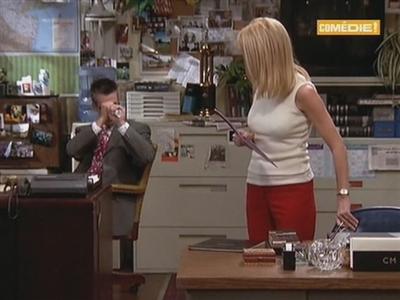