Mike has a meeting with a tomato stand owner who refuses to move his stand so that the city can build a new performing arts center. He ultimately enlists James to compete against the man in a "pig-off" to decide whether the stand will stay or move. The mayor befriends a rapper who sampled one of his speeches in a song. Paul and Deirdre have memories of having sex at a concert 20 years before, driving Stuart jealous. 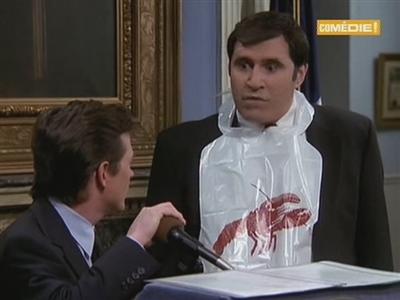