"It's a SpongeBob Christmas!" is the 23rd episode of the eighth season, and the 175th episode overall, of the American animated television series SpongeBob SquarePants. It originally aired on CBS in the United States on November 23, 2012, and on Nickelodeon on December 6. In the special, Plankton tries to convince SpongeBob to transform everybody in Bikini Bottom into jerks by feeding them his special jerktonium-laced fruitcakes in order to get his Christmas wish—the Krabby Patty secret formula. 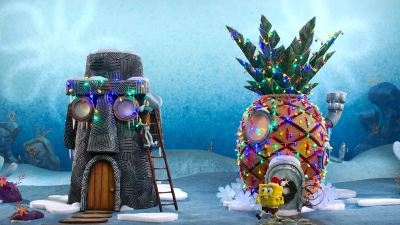