Stardate: Unknown Voyager encounters a region of space named the Nekrit Expanse. Since Neelix has no knowledge about the space after this point, he tries to make himself feel useful to the crew by trying to obtain a map from an old friend named Wixiban, who uses him as a courier for illegal substances. 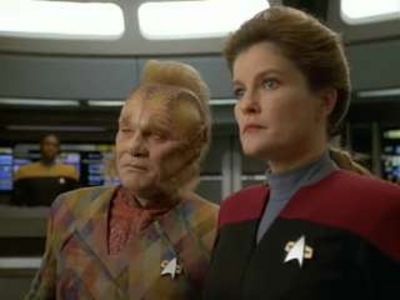