Sexual Harassment (a.k.a. There Once Was a Blank from Nantucket)

Jerri is asked out at a school wrestling game, but the boy later takes back his offer because other boys are saying mean sexual things to Jerri and she does nothing about it. So Tamela tells her she was a victim of sexual harassment and she needs to stick up for herself. Jerri later starts liking another guy, but is afraid it will end soon because of the other guys harassing her. 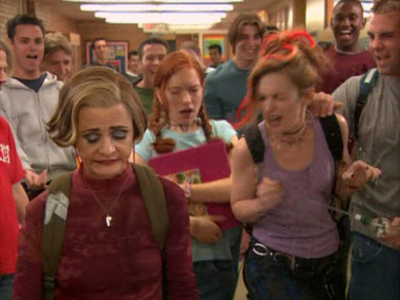