Tess Daly and Claudia Winkleman invite you to join them for the Strictly Come Dancing grand final. The three remaining couples perform three dances as they battle to be crowned champions of Strictly 2016. They have to deliver a spectacular showdance and reprise one of their routines from the series, chosen by the judges. In a final bid for viewer votes, each couple performs the routine they hope will secure them victory. While the judges comment on and score the performances, it is for guidance only as it's all down to the viewers' vote to decide who will be the winning couple. Plus a performance from Emeli Sande, the Strictly celebrities of 2016 return for one last group performance, and Strictly says goodbye to head judge Len Goodman in the most spectacular fashion. 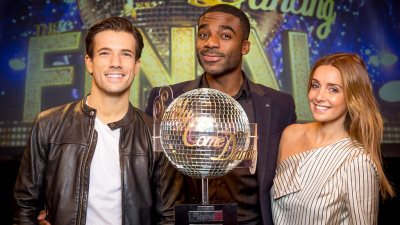