The SWAT team finds itself under internal investigation after a civilian is killed as they attempted to bring in the city’s most wanted criminal. As the mission details are revealed, the force’s internal affairs team calls Hondo’s leadership into question. 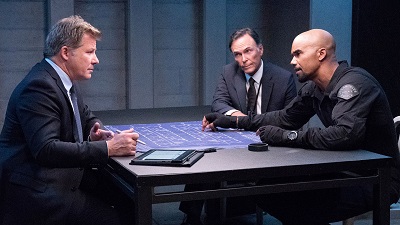