While leading the team in the rescue of several women being held hostage by two known killers in a massage parlor, Hondo is grazed by a bullet across his temple. He refuses to take time off for tests until dizziness and blurred vision force him temporarily to relinquish his command to Lt. Purcell, an officer whose methods and personality have a demoralizing effect on the S.W.A.T. team. 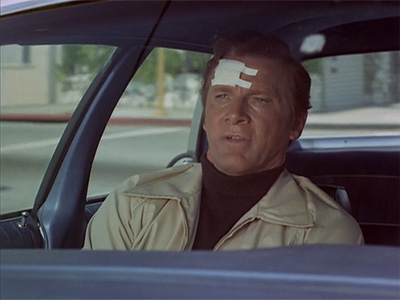