While working surveillance on a routine cheating spouse case, Sam and Eddie hear gunshots and race in to catch a Hollywood producer standing over the body of his mistress, clutching a smoking gun. It’s case-closed as far as Eddie or any cop is concerned. But when the producer insists he’s innocent, Sam agrees to take on his case, much to Eddie’s chagrin. When their initial inquiries uncover that the producer’s mistress isn’t who she claimed to be, the pair are thrust into an investigation where not everything is as it seems 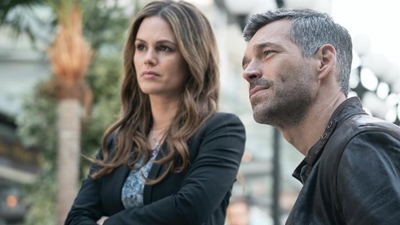