We begin this installment on Feb 14, 1977 -- and what a strange Valentine's Day it is! Mary Ann surprises Mouse with two tickets for a Carnival Cruise bound for Mexico. Mona gets a phone call from her mother, who demands that Mona move out of Mrs. Madrigal's apartment. DeDe tells Beachamp that her unborn children aren't his. And Brian, who's moved into the upstairs apartment formerly occupied by Norman, spies on a female neighbor across the street who's spying on him. The day that Mary Ann and Mouse head off on their trip, Mona, dissatisfied with her life, leaves Barbary Lane, searching for something meaningful. She winds up smoking an angeldust joint, and buying a ticket to Reno, Nevada. While waiting for the bus, she meets motherly, but foul-mouthed, Mother Mucca, who eventually invites Mona to accompany her back to Winnemucca to be the receptionist at The Blue Moon Lodge -- the whorehouse she owns. Frannie becomes obsessed about her appearance and contemplates getting a facelift. 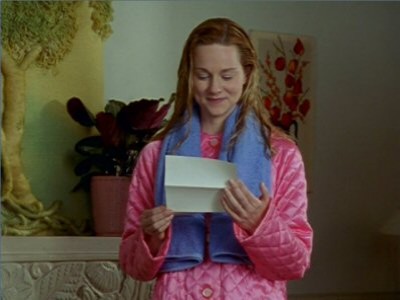