Tarzan and the Land of the Giants

During a drought, Tarzan finds large footprints and follows them into a hidden valley which contains large trees and vegetation. Tarzan comes to the aid of a giant named Yuri when his father Muro has been imprisoned by the tyrant King Odysseus and that the giants live in fear of Buto (who has been said to be a god in the form of a white rhinoceros). To make matters worse, a dangerous storm is heading to the giants' village of Zoram. 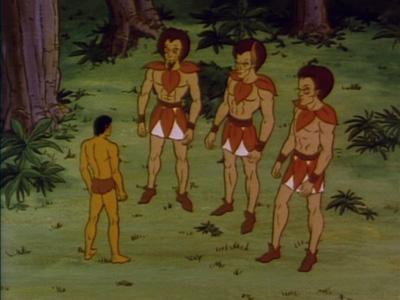