Tarzan and the City of Sorcery

While riding on Tantor, Tarzan saves a boy named Tuck (who mistakes Tarzan as the god Aliat since he resembles him) from Numa. He learns from Tuck that the sorceress Queen Nubia has turned Tuck's father into a baboon causing Tarzan to go to the city of Rashid to confront Queen Nubia. Tarzan later learns that her magic is not as she claims it to be which Tarzan plans to expose. 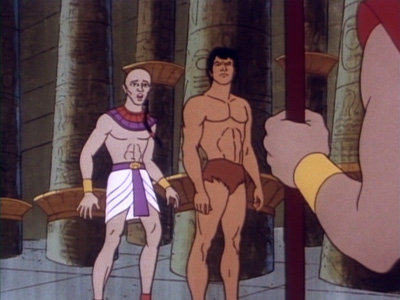