Tarzan and the Olympiads

Upon investigating a strange disturbance in the jungle, Tarzan rescues two slaves named Dimitri and Logos from Grecian soldiers who come from the city of Olympus. Tarzan learns that the slaves were former tournament champions who were defeated by younger challengers and made slaves by Emperor Cronus. Now Tarzan must go up in three challenges in order to free the slaves and make Emperor Cronus see the error of his ways. 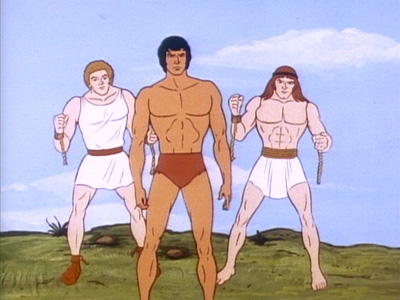