Will Potter: The shocking move to criminalize nonviolent protest

In 2002, investigative journalist and TED Fellow Will Potter took a break from his regular beat, writing about shootings and murders for the Chicago Tribune. He went to help a local group campaigning against animal testing: "I thought it would be a safe way to do something positive," he says. Instead, he was arrested, and so began his ongoing journey into a world in which peaceful protest is branded as terrorism. 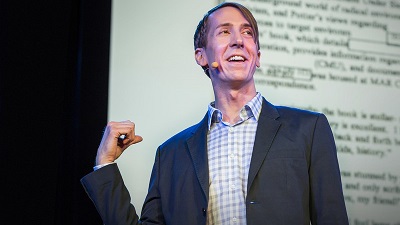