Don't Have a Cow

On Halloween, Victor accidentally switches Raven and Chelsea's burgers at the Chill Grill, Chelsea wears a badge that has a cow on it after being ashamed that she enjoyed the bite of Raven's hamburger that she ate. They then conjure up a wishing spell from Viv's book and use it to go to Alana's, Raven's arch-nemesis, Halloween party that they weren't invited to. However, Chelsea's badge falls into the cauldron they were using, and this causes Raven and Chelsea to both slowly turn into cows. They go to the party in an attempt to stop the spell as their body and behavior continue to change into that of two cows. Meanwhile, Cory chooses to go trick-or-treating with his friend rather than his parents, upsetting Victor and giving Tanya the idea that the two of them should go trick-or-treating without their children. 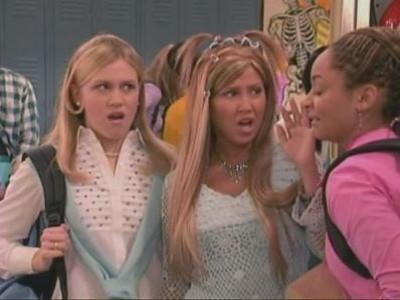