When Principal Lawler introduces a new school uniform, Raven decides to protest, and ends up being the only one. But was supported by Alana and her posse. When she has a vision of the group seeking revenge, Raven attempts to stop their scheme, which involves a large wheel of smelly cheese being put into a hot air vent, and framing Eddie and Chelsea. To prevent them from getting in trouble, Raven enters the air vents only to find herself stuck, realizing the only way left to get rid of it is to eat it. Meanwhile, Cory's pet gets a credit card in the mail, which Cory and William use to buy expensive stuff, until Victor tells them that someone will eventually have to pay for it. 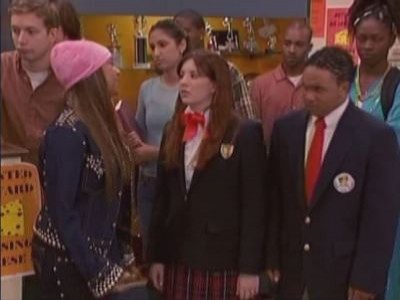