A Piece of the Action

Duke Marsden is about to lose his wife because of his gambling habits. She gives him an ultimatum: either give up poker or she leaves. He decides to give up poker. Later, Duke's younger brother Chuck arrives looking for a high-stakes game of poker. Duke arranges to have brother play a couple of his old poker buddies who would love to fleece a newcomer. Duke's plan goes awry when Chuck starts to clean house. After the losers call Duke to complain, Duke realizes that he must deal with the situation. He goes to the game and uses a marked deck to clean out Chuck. Chuck leaves, bitter and broke. Duke's old gambling buddies eye him suspiciously even after he offers them their lost money. They believe that Duke, who just cheated his own brother, had probably cheated them in the past as well. Duke arrives home mortally wounded. He apologizes to his wife and dies in her arms. 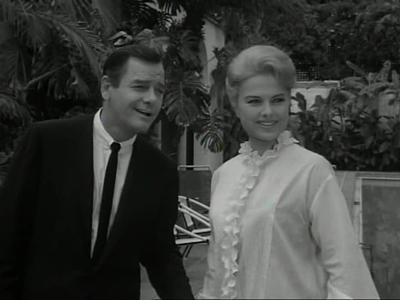