Dianne Castillejo is a recovering alcoholic who gets into trouble when her adopted son drowns in the family swimming pool. Dianne is visted by a mysterious woman named Consuela Sandine who threatens to tell everyone that Dianne was negligent and drunk at the time of the drowning. Consuela says she is the boy's mother and wants blackmail money. Consuela also demands to be allowed to stay as their houseguest where she hopes to drive Dianne back to alcohol while simultaneously seducing her wealthy husband Victor. The plan works at first, but when Dianne finds out that her adopted son's real mother died in childbirth she fights back by telling Victor the whole thing. Victor believes her and promptly kicks Consuela out of the house. 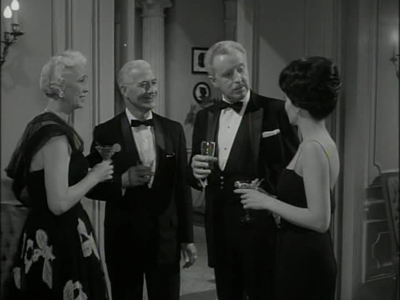