In the last hundred years, one diagrammatic image stands above all others. It represents a scientific breakthrough that has been voted the most significant in the 20th century, more important than penicillin or the first working computer. The double helix shows us what the structure of our DNA looks like. Francis Crick and James Watson announced their discovery in Nature magazine in April 1953, and their article included a diagram of the structure by Odile Crick. The image she drew has become so well known and loved that we now find it in a whole range of consumer products - there are double helix ties, dogs chews and even a perfume. So has the image of the double helix become so divorced from its original scientific setting that no one knows what it really is or what it stands for? 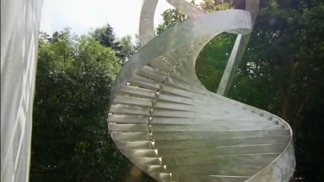