Series Premiere. A seemingly routine murder investigation by the LAPD Robbery-Homicide Division is interrupted by the arrival of Deputy Chief Brenda Johnson, the new head of the LAPD’s Priority Murder Squad. An outsider from Atlanta in her first week of service, Brenda has already begun to face the resistance of long-time high-ranking officers, particularly Capt. Taylor of Robbery Homicide, as well as the questionable confidence of her own squad, who have decided to request transfers en masse. Only her assistant, Sgt. Gabriel, seems willing to try to work with her. Determined to show them what she is capable bringing to the Squad, Brenda embarks on the investigation undeterred. Her victim is a woman killed in the home of technology genius with the secret to a multi-million dollar piece of software, found by his quiet, religious assistant. Drawing on the skills of her officers, particularly Lt. Tao’s forensic and technological talents, Brenda soon discovers her victim may be more than meets the eye. But when a former flame, Agent Fritz Howard of the FBI lends a hand, both her investigation and her private life take unexpected turns, leading her to a startling conclusion to the case. In the end she proves to the Squad she is, as billed, a closer. 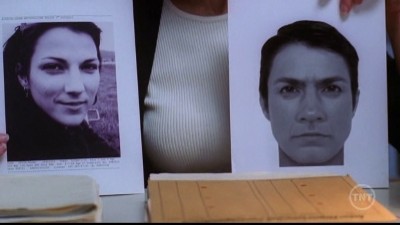