After 650 years of collecting the souls of people who have made a deal with the Devil, Morgan Pym has had enough. He ask the Devil for the power to try to save his clients during their last 48 hours of life, by helping them atone for the evil that their deals have caused. But Morgan's client, a rap star, refuses to believe that his 10 years of fame and fortune are coming to a sudden end. Morgan struggles to convince the rapper to seek redemption before the clock runs out. 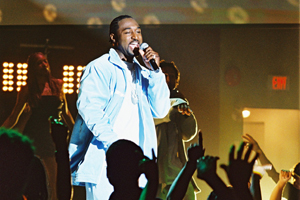