As Walt begins to wonder what's between Johnny and his wife Sara, a group of teenagers disappear into an abandoned copper mine that was owned by Johnny's grandfather. Walt brings Johnny in to help with the rescue and Smith soon begins to get visions not only of the teens but of the miners who died in an incident in 1949 brought on by his grandfather's actions. The ghost miners seem to be striking back at Johnny and Walt is seriously injured. The teens are rescued but Johnny gets a vision of Walt's funeral as he is taken away in the ambulance. (To be continued) 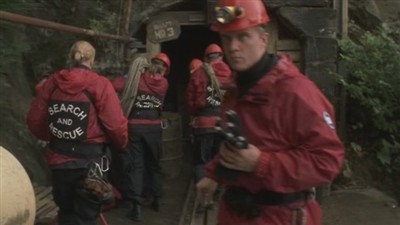