The Man Who Never Was

Isolating himself from a demanding public, Johnny gets visions of himself disappearing after making contact with something belonging to a shut-in, Jeffrey Grissom, brought in by his delivery man. Johnny briefly visits him and Grissom talks about wondering where his old home was, then Johnny returns the next day with information to find out Grissom and any trace of him have completely disappeared. Johnny is determined to follow up when he gets a vision of people removing Grissom and the new family moving in. Johnny gets visions of people going through his own home as well and gets close enough to the people following him to get a vision of Grissom in a new home and visits him there. Grissom reveals he is a retired spy kept buried by the U.S. government due to valuable knowledge in his head. The government show up to threaten Johnny and make him "vanish" as well but Johnny trumps them by calling in Dana and the media and having them all follow him and Grissom to his old home . . . where he disappears, escaping his government keepers. 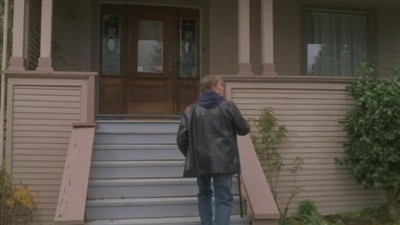