Marshals in three Arizona towns have been shot dead and Simon Fry fears the killer may now be coming to Silver City. He sends Herk Lamson off on vacation and watches as four suspicious strangers arrive in town: a cowboy named Barker, a gambler named Regan, a salesman named Madden, and a guitar-player named Wilk. Fry arrests Regan for cheating at cards while Clay McCord offers to escort Wilk back to his hotel. Wilk pulls a gun on McCord in an alley and explains he's been shooting marshals because his daughter was killed in the crossfire when marshals were making an arrest. Fry then comes into the alley followed by Fran McCord. Fran distracts Wilk who is then shot by Fry. As Wilk dies, he says he'll be happy to rejoin his daughter. 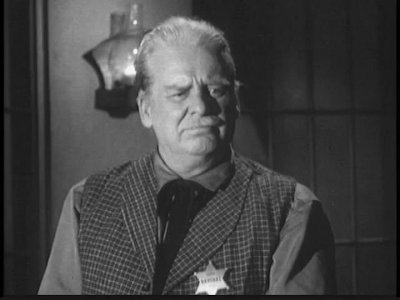