Two ex-cops who worked as bank securities are shot to death and Mannion suspects that the Russian mob is behind it. The FBI wants the case, but Mannion won't let go and decides to solve it by himself. He contacts Monya, a Russian gangster from NY with whom he has a history and Monya gives him a name to go after. The FBI wants to take over the investigation and Mannion refuses to help them given the issues he has with the bureau back from when they let his old partner die. After a few insults that cross the line of internal rivalship, compromising evidence from Jack's personal account appear to incriminate him, possibly planted by the federals. Meanwhile, Temple's marriage is approaching and he couldn't be happier. But his plans are suddenly interrupted when he pays his fiancÃ©e a visit at the hospital. Two men had just arrived from a neighbor fight over a fence, and one of the victim's brother goes insane and tries to shoot the other man. But McGregor throws himself to protect the man a 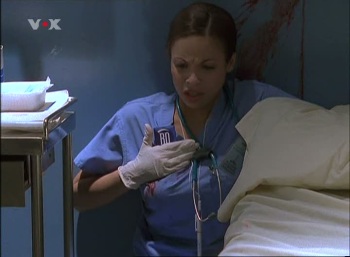