Mannion confronts his No. 1 enemy, Dimitri Putin, and learns who killed Det. Danny McGregor in this pivotal episode. A Russian woman, Erin Vratalov, comes aboard Mannion's boat claiming she needs protection from Putin. She tells Mannion that Putin ordered her husband, Yuri, to kill the chief. But when Danny died in the assassination attempt instead, Putin had Yuri murdered and is now after her. She also claims Yuri had a tape recording of Putin giving the order to murder Mannion, but she doesn't know where it's hidden. So begins Mannion's race to find the incriminating evidence, a search that leads ultimately to a volatile face-to-face encounter. (CBS) 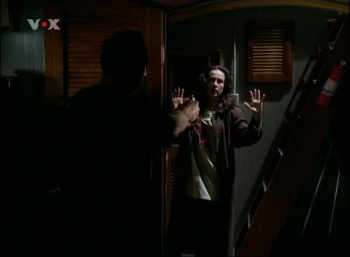