After a man crashes and dies and the police finds thousands of dollars with him, Mannion and his men start an investigation to prevent the dead guy's old girlfriend from being killed. Turns out an old shooter that killed one of Mannion's friend back in New York years ago is the hired killer they're looking for, and the woman they were protecting was behind the plan to kill her current husband and keep the money. It's Jack's second and final chance to catch the guy. Mannion hires a personal wedding dress designer for Ella, who has second thoughts about her marriage. Nancy is diagnosed with Huntington's disease after falling from a fire escape and suffering a concussion while chasing a criminal. 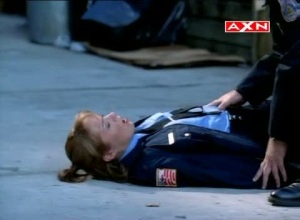