Up, Down and Round the Farm

Jeremy Clarkson decides to make one of those Ken Block-style car skidding videos that are very popular on the internet using an old Subaru and a suitable swathe of English farmland. His endeavours are swiftly dismantled by Richard Hammond and James May who are on hand in the studio tent to reveal some of the embarrassing behind-the-scenes footage. Also in this show, May makes a rare trip to the Eboladrome test track to try out the tiny Volkswagen Up! GTI while Richard Hammond is in Dubai rummaging in the toy box of machinery and coming out with an incredible high-speed tracked vehicle called the Ripsaw. Plus, Celebrity Face Off sets out to find the world's fastest person with a failed early career in a band as Preacher star Dominic Cooper goes head-to-head against comedian Bill Bailey. 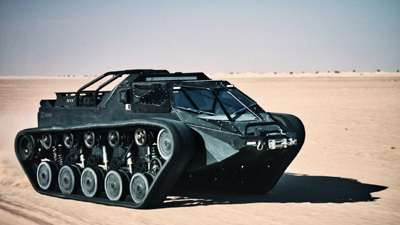