Fourth in a five-part adaptation of Henry Fielding's comic romance. Caught in a clinch with the beautiful Sophia Western, Tom Jones is in deep trouble with the scheming Lady Bellaston. Tom manages to placate Lady Bellaston, who wants his undivided and very personal attention. She soon decides to remove Sophia by concocting a scheme with Lord Fellamar, one of her lecherous friends. The abrupt and drunken arrival in London of Sophia's father, Squire Western, thwarts Lord Fellamar's plans. Sophia is locked away in her father's lodgings while Squire Western awaits the arrival of Allworthy and Master Blifil - still intent on marrying Sophia. 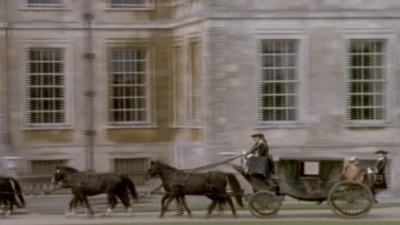