Hobbes, Fawkes, and Alex go undercover since the Agency is now under the Post Office. They are sent to investigate thefts from the dead-letter office. When Hobbes opens an envelope with a card that plays ""Jingle Bells"", he goes berserk and shoots up the place. All of the team undergo psychiatric evaluation, but the only consistent factor in all their stories is the card. When Eberts opens it, he goes berserk as well. It turns out the card has a touch-transmitted chemical in it that, in conjunction with the song, turns the victim into a berserker. The card was sent to the post office by some 60's anti-establishment type and was leftover until someone found it. Fawkes manages to stop Eberts, and Hobbes is given a clean bill of health. 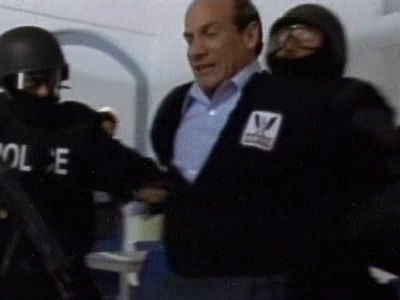