The Jerry Springer Show is probably most known for its foul mouths, excessive fighting, excessive nudity and wacky stories. Nearly every episode, if not all, have at least one bleeped over foul word. Then there's the sound effects. A clanging bell indicates it's time for a fight! Whenever a fat woman shows her boobs, the sound of a cow going "MOO!" is heard. Even the audience gets into it! Women show their boobs to get "Springer Beads". Whenever a touching good moment happens or an audience member asks a goody goody logical question, the audience chants, "Go to Oprah"! TV Guide voted The Jerry Springer Show as the "Worst Show In The History of Television." A new UK version will soon be airing on ITV1 for 4 weeks after the UK's talk show queen Trisha Goddard left ITV to present her new five show Trisha Goddard. 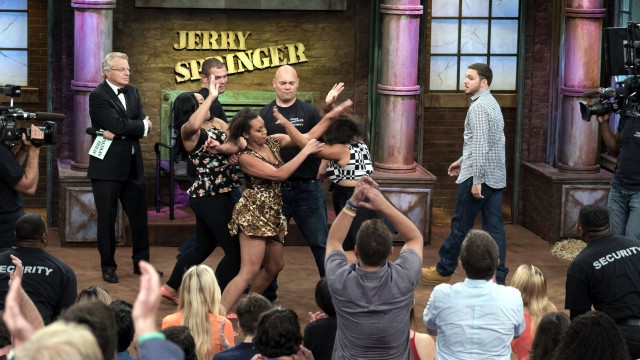 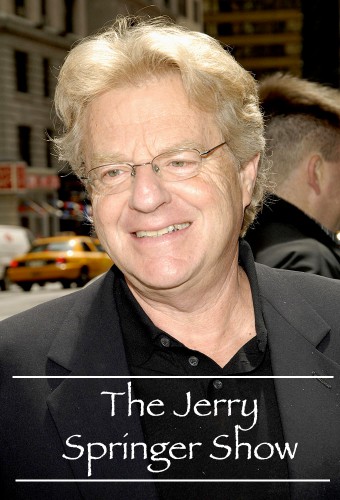 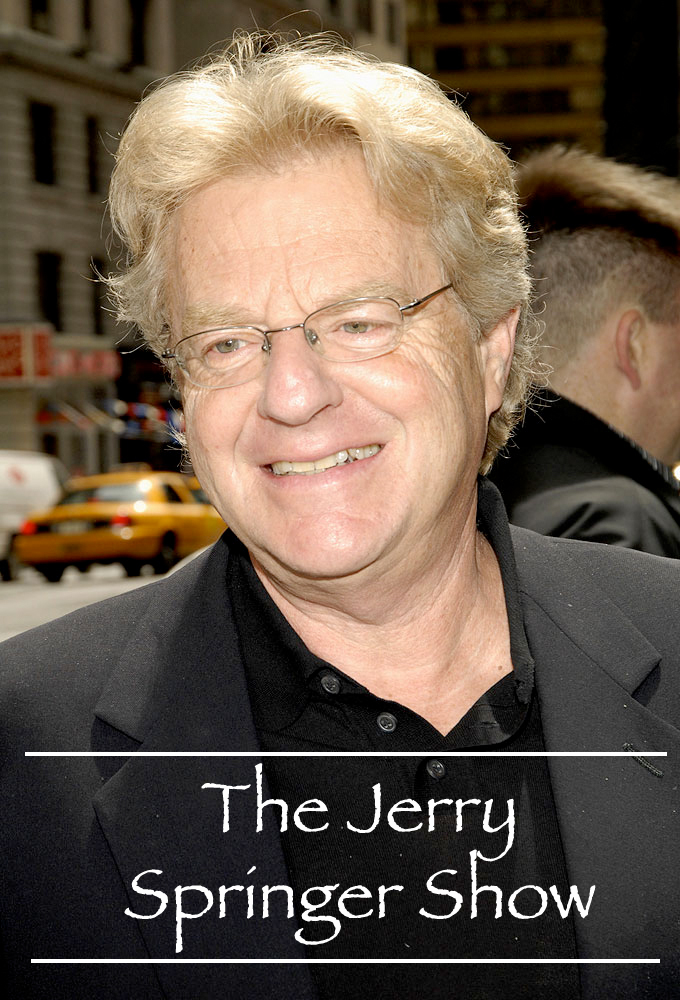