Doug becomes obsessed with his own Super Bowl party after learning that many of his friends will be attending a party thrown by a new co-worker. While Doug is focused on winning back as many guests as possible, Carrie complains that Doug doesn't think about her enough during the day. Problems arise when Doug tries to throw the ultimate Super Bowl party and prove to Carrie he's an attentive husband. 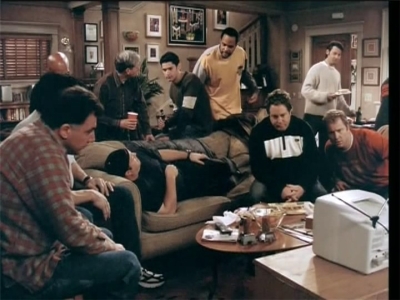